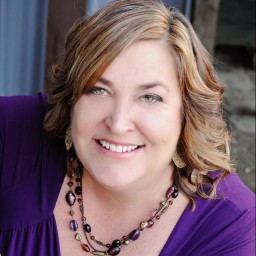 I am in the middle of the largest project of my life right now. It got even bigger than I ever imagined it could. It all began with a vision I had of a community for healing, growth and support. At first I had no idea how to make it come into reality. Then I attracted the best team to help me create it and bring it into the world. They believed in my vision and found ways to help me create it.

For over two months all of us have been working long hours every day to put it together. Our time line for the  launch of this has been pushed back a few times as we keep coming up with more and more things we want to add to it. I am creating all of the content and videos for the site and there is a lot of it! My partners are doing all of the technical stuff I don’t know how to do.

Then the universe began to open doors for me I never thought I would get near to at this point. People with the same vision and values that I have, began to show up. Support has come from all over to make sure this community gets launched out into the world. Everyone seeing the same vision as I have.

Then out of nowhere, I would be hit by huge waves of fear. I would question why I thought I could do something this big and this important. I would worry about all of the people depending on me that were selflessly giving so much of their time to create this community. I would begin to doubt my ability to teach what I need to teach. When I look at the amount of work I have to do,  it creates that fear that begins to wash over me. I think to myself, “Now I have to be a content creating machine.” That of course creates writers block and nothing comes out. So the fear gets bigger and stronger.

One day last week when I was struggling with the fear, I called a friend. I asked her to hold space for me to process this fear. I had to get it out of me. I have a huge purpose to fulfill and fear will not cripple or stop me. I asked her to listen to me and only say: “And what else.”

The next morning I woke up and felt as if I had been on a two week vacation. Content creation was easy and exciting. Inspiration flowed freely. I refused to let fear stop me. I know that this community we are creating is so important and it is bigger than me. That is what drove me to release the fear. I refused to be selfish and not create it because I was being blocked by an emotion.

So now I stand on the cliff of possibility with an amazing team of people who see the same vision by my side. Fear is no where to be seen.